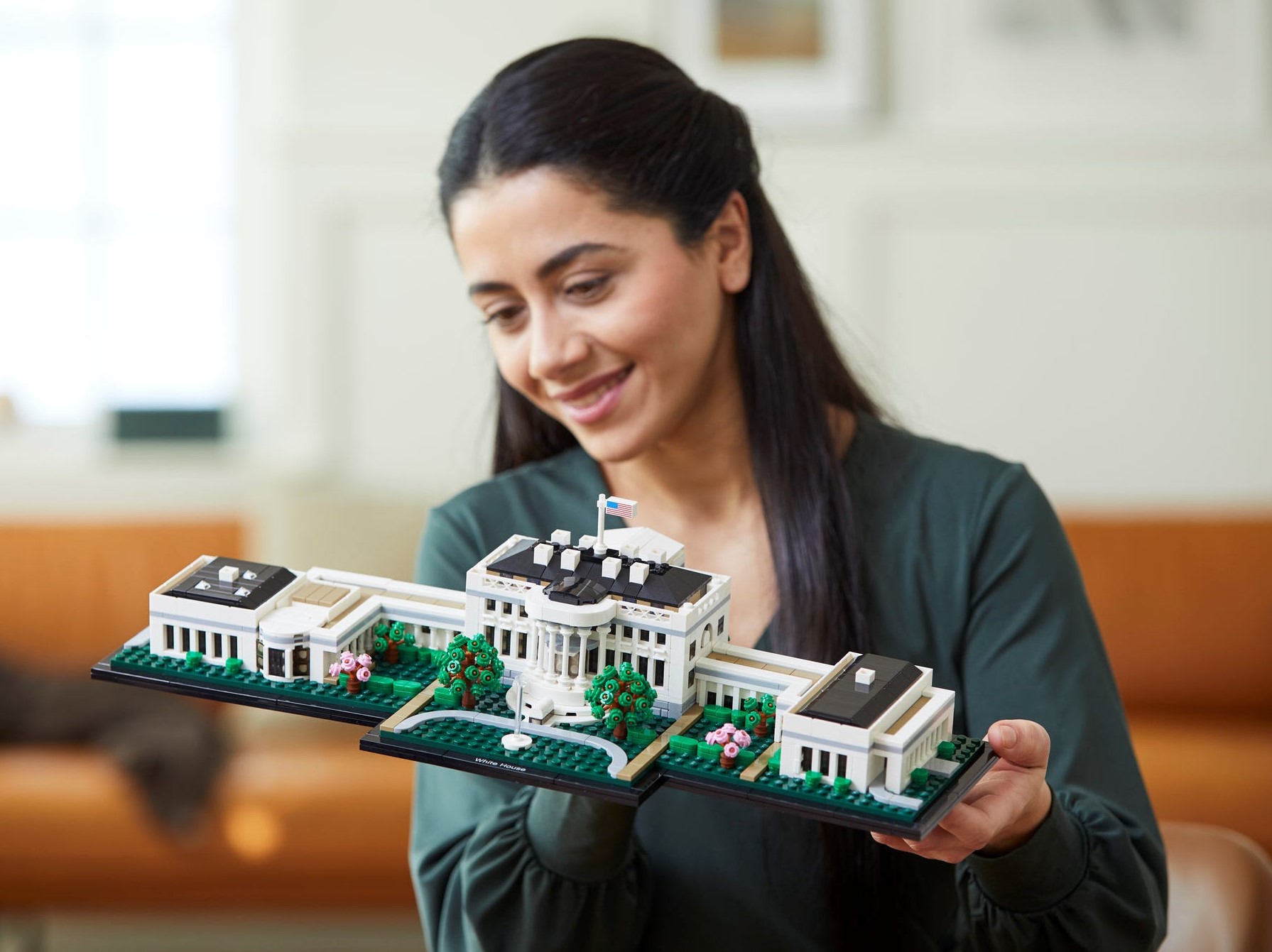 Whether you’re looking for a way to decorate your desk or a gift for a creative loved one, Lego Architecture sets are a great choice. Based on some of the most iconic landmarks and skylines around the globe, they provide pint-sized inspiration for adults and kids alike.

Over the past 12 years, more than 50 Lego Architecture sets have been released, but not all of them are still available. Most are now retired, and others were extremely limited releases that the public never got the chance to buy.

Here is a list of the best Lego Architecture sets that you can buy in 2021, as well as where to find discontinued sets from previous years. I’ve also included a few related building sets from other series that might interest fans of Lego Architecture.

Update: The Las Vegas and Shanghai sets have been removed from the list, as they’re now officially retired.

What is Lego Architecture?

Before we get into the sets themselves, here’s a quick background on the Lego Architecture series.

Lego Architecture is a sub-brand of Lego that contains buildings and skylines designed by architect Adam Reed Tucker. He came up with the concept while studying architecture, and was eventually approached by Lego group to design and release official sets.

The first Lego Architecture sets, The Sears Tower (now Willis Tower) and John Hancock Center in Chicago, were released in 2008. These were extremely simple models with less than 100 pieces, but most current models have anywhere from 500 to 2000 pieces total.

There are two sub-categories of Lego Architecture sets: Landmark and Skyline. Landmark sets are important buildings and structures from around the world, and Skyline sets are a collection of 3-5 buildings from a single city that make up a horizontal composition.

Note that while many of these sets can be completed by younger Lego fans, they’re generally quite difficult and children may need help completing them. They’re designed more for slightly older fans of Lego who have been building for a while (or adults that just love architecture!).

Each set comes with a booklet with instructions and some historical facts about the buildings themselves. You can download the booklets without purchasing the sets here.

With that out of the way, let’s have a look at the best Lego Architecture sets that are currently available in 2021!

The New York City skyline is one of the most iconic in the world, and the Lego Architecture set is still one of the series’ most popular. Originally released in 2016, it’s a hair shy of 600 pieces.

Click the links below to buy the model directly from Lego (and collect VIP points) or from Amazon.

Switching over to the West coast, next up is the San Francisco skyline set. There’s a bit of forced perspective in play with the Golden Gate bridge, and the finished model is perfect to display on a bookshelf or desk.

The San Francisco set also makes a fantastic gift, and it’s a great starting point for those new to Lego Architecture buildings.

The skyline sets are a great introduction to Lego Architecture sets, but if you’re looking for something bigger and more challenging this Statue of Liberty set is a great option.

With more than 1600 pieces, this set will take several hours of concentrated building to complete. As such, it’s not recommended for children or beginners. The finished model measures over 17 inches (44cm) high, 5 inches (14cm) wide, and 5 inches (14cm) deep.

Get this set if you’re looking for a larger piece that still represents one of the most iconic landmarks in the United States.

Paris is one of the most popular vacation spots in the world, and for good reason. It’s filled with historic landmarks, beautiful buildings, and gorgeous parks — all of which are captured in this Lego Architecture set.

Like the rest of the skyline series, this Lego Architecture kit is suitable for younger builders and experienced Lego architects alike.

The London Lego Architecture set has far fewer pieces than most of the other skyline models, but it still includes many iconic landmarks of the city. The smaller size also means it’s one of the cheaper models, making it a good gift or starting point.

Grab this one if you’re looking for a cheaper model that doesn’t take quite as long to put together, but still looks great on display.

The Empire State Building was one of the first Lego Architecture kits released back in 2008, but this updated version blows it out of the water. It went from a simple 77 piece model to a colossal 1700+ piece design that looks incredible on any desk or shelf.

An impressive and challenging kit, the Empire State Building set is one of the best Lego Architecture sets you can buy.

The latest Lego Architecture set to hit the market is also one of the best and most challenging sets to date. With over 2000 pieces, it has an incredible level of detail packed into its pint-sized bricks.

All four facades are exquisitely crafted, and even the sarcophagus can be found in the crypt beneath the domed top. The finished model measures 8 inches (20cm) high, 10 inches (23cm) wide, and 10 inches (23cm) deep.

It’s not quite as luxurious as the now-retired Taj Mahal kit in the Creator lineup, but it’s a lot more accessible and easier on the wallet. That said, younger fans will probably need the help of a parent to complete the set.

The Tokyo skyline set is one of the most complex Lego Architecture sets in the skyline series, but it’s also one of the most authentic. It features both the traditional and ultra-modern skyscrapers that fill the Japanese mega-metropolis.

This is one of the most colorful and interesting models in the skyline series, and it makes a nice contrast to the more sober renderings of Western cities like Paris or New York.

The next entry in the Lego Architecture building collection is also one of the best. The updated White House kit is a wonderfully detailed and worth the price of entry.

This is rated as one of the most difficult Lego Architecture sets, but it’s also a great way for parents to spend time with younger children who might struggle to complete it on their own.

Dubai features some of the most incredible skyscrapers and modern architecture of any city in the world, and this Lego Architecture set perfectly captures that.

From a design perspective, this isn’t exactly a fan favorite in the series, but it does make a great souvenir or gift for fans of the most populous city in the United Arab Emirates.

Trafalgar Square is one of the most popular tourist locations in London, and although it’s not included in the skyline set listed above you can still make a miniature version with this Lego Architecture building set.

Despite being in the landmark series, it’s one of the easier and more affordable Lego Architecture building sets you can buy. It even includes a couple of adorable miniature double decker busses!

While this is technically a reboxing of a set from back in 2016, it’s still available in some marketplaces despite being officially retired in the US.

It includes a tall, but relatively simple miniature of the tallest building in the world. The finished model measures 15 inches (39 cm) high, 3 inches (9 cm) wide, and 3 inches (9 cm) deep.

That said, it’s probably the least impressive of all Lego Architecture sets, so I wouldn’t recommend picking it up unless you’re a big fan of the building. Newer sets are just much more detailed.

The real Lego House is located in Billund, Denmark, and it’s an enormous 12,000 square foot house made out of 25 million Lego blocks. This miniature version uses just over 750 pieces, and is a faithful recreation.

Unfortunately, the only way to officially buy the set is to visit the Lego Shop in the Lego House itself. There are usually a few units available on Amazon, but be warned that you’ll pay higher than retail price.

I’ve listed all of the currently available Lego Architecture kits above, but there are many more that have been retired over the years.

However, in most cases it’s still possible to buy retired sets online, often for the same original retail price. Some sellers were left with crates of these sets after they retired and list them on various platforms online.

The most popular sets, however, are often much more expensive to buy after they’ve retired. At that point they become collector’s items, with a price point to match.

That said, the best place to find discontinued Lego Architecture sets in my experience is Amazon. There are tons of sets on offer, and you have Amazon’s buyer protection for any potentially shady sellers.

I’ve listed a few of my favorite retired sets below, but click the button below that to check out the full list of discontinued Lego Architecture sets on Amazon!

If none of the official Lego Architecture sets interest you or you don’t find the building you like, there are still more options to explore in the Lego universe.

In addition to Lego Architecture buildings and skylines, the company offers many more building sets under the Creator series. Like the Architecture series, these models are designed for older Lego fans, with complex structures and very high piece counts.

That’s it for this comprehensive guide to the best Lego Architecture sets available! Do you have a favorite set, past or present? Let me know in the comments below!

Best watercolor blocks (and why you need one)

What is Domestika? Is it worth it? Mini review and more

Best latch hook kits: Make your own rug at home