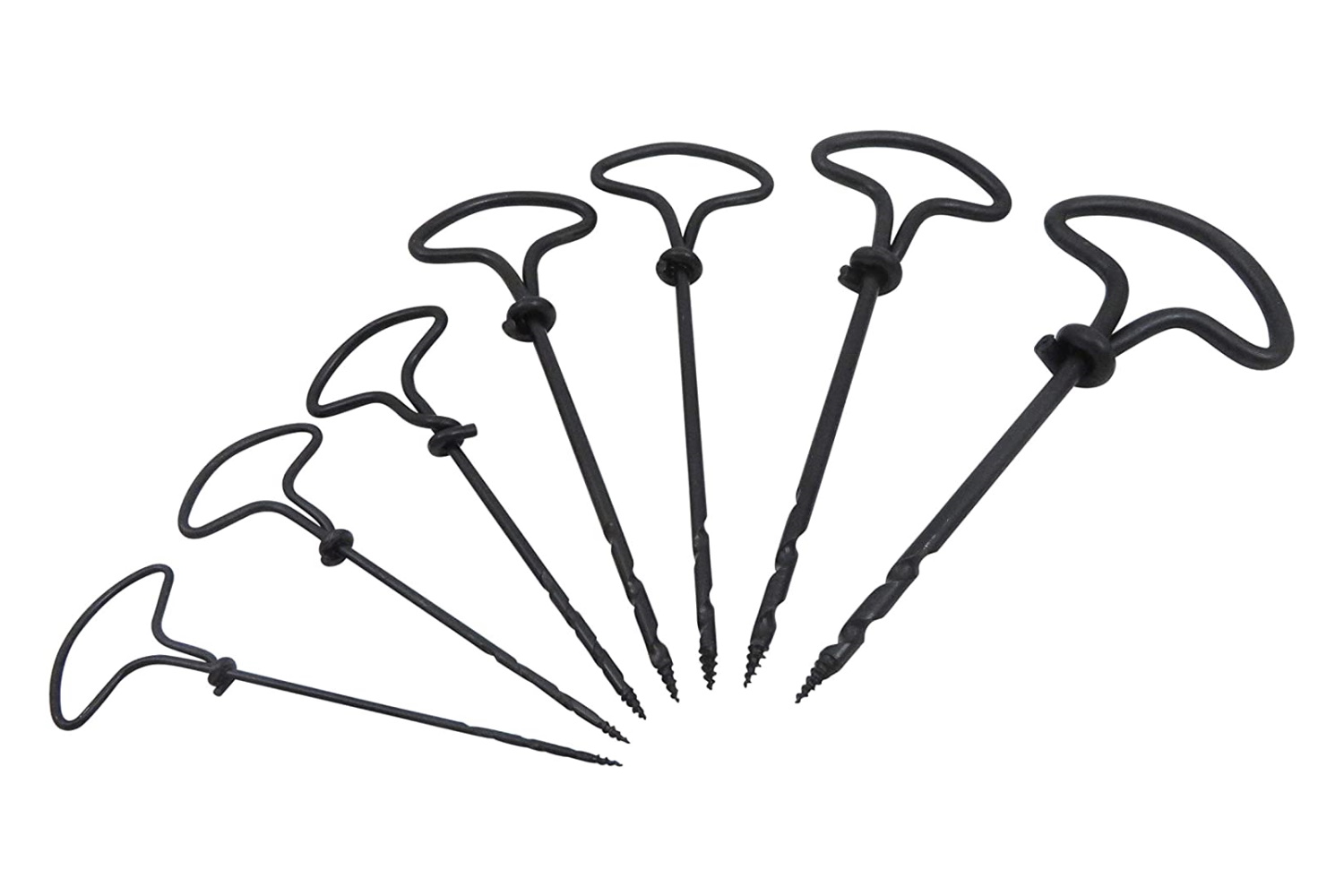 Power tools have all but conquered the modern woodworking workshop, but there’s still a place for hand tools. Gimlet tool sets are a great example. They get the job done quick, take up very little space in the toolbox, and are immensely satisfying to use.

I’ve been an avid user of gimlets for years now, and I’d recommend anyone interested in woodworking or carpentry pick up a set. You’ll never again have to struggle to fit your power drill into tight spaces!

To help you choose which one is right for you, I put together this list of the best gilmet tool sets you can buy online.

Keep reading for the full list, or grab one of the quick picks below. They won’t let you down!

What is a gimlet tool?

A gimlet is a small hand tool used for boring holes in wood and other materials. In many ways, it can be seen as the precursor to modern drill bits.

Like drill bits, they’re typically sold in sets of four or more gimlets. They’re remarkably affordable, and if taken care of will last a lifetime.

They are typically made of steel, with either a twisted metal or wooden handle at the end. Some more modern designs even have a screwdriver-like plastic handle.

The end of a gimlet is a screw which pulls the tool deeper into the wood as it turns. This means you don’t need to apply constant force once the cut is started. Waste is pulled away through the spiral flutes on the sides of the shaft.

A larger version of a gimlet tool is called an auger, and has more widespread use. However, the term gimlet only refers to the small handheld tool.

For most people, this 7-piece gimlet tool set is the one to get. It includes gimlets to make holes sized #2 through #9 (2-5mm), and a sturdy all-steel design that will stand the test of time.

Made in France, this set is sold by Garrett Wade and comes in much cheaper than most alternatives.

For less than $17 you get a complete set that will last a lifetime. That said, for those of you in the UK or other parts of the world, the other options on the list might be easier to get your hands on. Learn more at the link below.

If you don’t need or want a full gimlet tool set, this smaller 4-piece set is a great option.

Made from the same material as the set above, this is exactly what you need to create pilot holes on the go. It includes 3, 4, 5, and 6mm gimlets, which should cover the most commonly used screw sizes.

For those of you in the US, this gimlet tool set isn’t much cheaper than the one above, but those in the UK and EU will find it a better buy. Learn more at the link below.

If you want even more versatility, this set is essentially the same as the first in the list, but available more widely around the world.

Like the Wade Garrett set, it includes 7 gimlets sized 2-5mm (or roughly 1/16 to 3/16 in). Although it isn’t listed, the manufacturer may even be exactly the same, as they are also made in France.

You won’t find a more complete gimlet tool set than this one, and it’s still small enough to fit in your pocket.

This gimlet tool set from Silverline has a slightly different aesthetic than the classic twisted design. The blue plastic T-handles are larger, which may make it easier to grip and turn for those with limited hand and wrist mobility.

The plastic handles may not last quite as long as the all-steel models above, but the price simply can’t be beat. You can get this set for less than $10 at the link below.

My last pick isn’t exactly a gimlet tool, but it effectively does the same job. This small 7″ hand tool has a chuck that fits bits sized .6mm to 6mm, and comes with a set of 5 bits.

It isn’t quite a compact as a gimlet tool set, but it’s still remarkably small. The bits, however, are standard and don’t have the same screw tip, so you’ll need to apply a bit more pressure.

Also, it does not have the same screwing action as a push drill like or yankee screwdriver. You’ll need to manually twist it with your wrist.

This is a great option for people who want a more versatile tool to use for woodworking, carpentry, jewelry, model making, and more.

How does a gimlet tool work?

Gimlets work by applying light pressure and pushing them into the wood. Once the screw tip grips the wood, you no longer need to apply pressure and can just spin the gimlet to bore deeper.

Do not apply excessive downward pressure, as it can cause the gimlet to snap.

To remove the gimlet, just turn it in the opposite direction. It really is that simple of a tool!

Keep in mind, however, that gimlets may struggle to more into exceptionally hard woods. Really though, most standard drill bits will have trouble with these materials, too.

In those cases, you may want to opt for a power or hand drill, instead.

When were gimlets invented?

Gimlet tools have been in use since at least the 18th century. Nails and screws at the time often split wood, so gimlets were a way to make quick, simple pilot holes.

Augers have a longer history, as they have more uses beyond just making small holes.

What’s the difference between a gimlet and an auger?

The main difference between gimlet and auger tools is size. A gimlet is essentially a smaller version of an auger.

Augers typically have a longer handle designed to be operated with two hands. This allows the tool to make much larger holes for all kinds of uses.

Wood augers have a longer history, too. They’ve been around since at least the 15th century, if not much earlier. A similar tool designed by Archimedes in 250 BCE was used to move water uphill.

Another type of auger, called an earth auger, is used to dig holes. The blades pull dirt up as the auger spins, and powered versions are still very common today.

Is a gimlet tool more useful than a drill bit?

Both have their specific uses. Gimlets are great for small spaces, but can be taxing to use for an extended amount of time.

Drill bits are more versatile and can fit in both power drills and hand drills, but don’t do anything on their own.

Really though, since both are cheap it’s worth it to have a set of both so you have the right tool when the time comes!

That’s it for this guide to gimlet tool sets! How has your experience been with these handle little tools? Let everyone know in the comments below!

Here's how to win 50 free Domestika courses. Act now because you only have a few weeks!

Best Yankee screwdrivers: Give your wrist a rest